​Kelcee has been with the Utah Bureau of Forensic Services for over 12 years.  Starting as an Evidence Technician, she worked for 3 years before becoming a latent print examiner.  She has worked as a latent print examiner for the past nine years and obtained her latent print certification in 2010.  She is currently training in footwear/tire and has enjoyed being the Utah I.A.I. Parliamentarian (muscle) for the last few years.

Elisa works with the Utah Bureau of Forensic Services for a number of years.  She is a latent print examiner.

​Diane works for West Valley Police Department as a Forensic Investigator II for the past 9 months.  Her job requirements are to process and document scenes, collect and process evidence, and conduct fingerprint comparisons and ABIS entry.   Prior to that she spent 15 years with the Salt Lake City Police Department as a Crime Scene Technician II.  Currently she is the only working certified Footwear Examiner in the entire state of Utah handling all footwear and tire cases.  She also owns and operates a private business, Shafter Forensics, handling footwear and tire cases for agencies located outside of Utah.  She regularly gives training courses for agencies in her area of expertise and teaches as an adjunct professor at UVU.  She graduated from Weber State University with a Bachelors of Science in Criminal Justice and History.  She is certified with the IAI a Footwear Examiner and as a Senior Crime Scene Analyst and hopes to round out her certifications with the Latent Print Examiner certification within the next year.

​Deb is a Forensic Specialist with Cottonwood Heights Police Department.
As a Weber State University graduate, my breadth and depth of experience includes academic and work experience involving Crime Scene Investigations, Latent Print Processing and Fingerprint Examination.  I served fifteen years at the Salt Lake County Sherriff’s Office supporting their Crime Scene requirements as a technician and finger print specialist.  Currently, I am serving as the Forensic Specialist for Cottonwood Heights Police Department. In addition to my Crime Scene duties I am a certified Phlebotomist and a Marijuana Leaf Technician; as well as an active participant in the Utah Bureau of Forensic Services F.I.D.O. (Field Investigation Drug Officer) and Serology Programs.  I am a twenty four year active member of Utah chapter of the International Association for Identification and was recently awarded a Lifetime Member pin. I have held offices in the Utah I.A.I. as Secretary/Treasurer, Regional Representative, First Vice-President and President. I have earned my Crime Scene Investigator Certification and I am currently working to complete my Latent Print Examiner Certification.

I have been married twenty nine years and have a married son that currently lives in Tampa, Florida and a son that is attending the University of Utah

Bonnie is a Forensic Scientist at the Utah Bureau of Forensic Services (State of Utah Crime Lab). She has worked there since 2006. She was first hired as a Forensic Specialist which main duties included evidence intake and release, proper packaging techniques, and ensuring that the chain of custody on items accepted into the laboratory is intact and secure. She developed a 4 hour training program for law enforcement entitled "Evidence Recovery and Packaging." To date she has taught over 500 officers, crime scene personnel, and evidence technicians. In approximately 2012, she moved into the Identification Section of the Bureau as a fingerprint examiner.  She is a member of the bureau's crime scene response team, which responds as an aid for all police agencies throughout the state of Utah. She has responded to many high profile crime scenes and testified to some of the cases. She is a certified as a Crime Scene Analyst and Latent Print Examiner through the International Association for Identification.  As a latent print examiner, her main duty is to process items of evidence for fingerprints using physical and chemical techniques. And then compare the fingerprints to known standards and make identifications. She has been considered an expert in court testifying on multiple occasions to chain of custody, crime scene processing and documentation, and fingerprint identification. 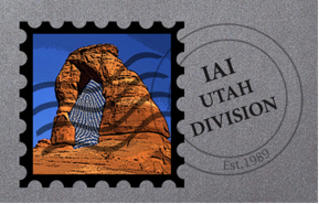 ​Heidi has been working as a Forensic Investigator for Unified Police Department since 2007.  She has her Bachelors of Science Degree in Criminal Justice from Weber State University.  Heidi obtained her IAI Crime Scene Analyst Certification in 2011.  She enjoys her work as a part time investigator with the Utah State Office of the Medical Examiner and is currently pursuing her certification in Medicolegal Death Investigation with ABMDI.  When not at work you can find her hiking and traveling with her family.

Travis is a Forensic Technician with the Utah County Sheriff’s Office since 2015.  Travis earned his Criminal Justice degree in 2004 from Utah Valley University and earned his Crime Scene Investigator certification in 2017.  Travis spent over 15 years in the corporate security industry specializing in access control, CCTV, emergency response and physical security management.  A recent change in his career brought him to the forensics field where he particular enjoys working with latent fingerprints and digital forensics.  Travis is currently working towards earning the Latent Print Examiner Certification.  When not in the office, you could likely find him on the golf course or somewhere in the mountains.  Type your paragraph here.

Jordan has worked for Salt Lake City Police Department as a Crime Scene Technician since 2018.  He has his Bachelor of Science Degree in Forensic Science and his Associates Degree in Criminal Justice from Utah Valley University.  When he is not working he is out and about with his family, the puppies, or sleeping (Graveyard shift does that to you).  He is excited to be working in this field.  He is currently working to complete his Crime Scene Investigator Certification.

Courtney has worked for the Salt Lake City Police Department as a Crime Scene Technician since 2008.  She has her Bachelor of Science Degree in Criminal Justice and her Master’s Degree in Criminal Justice from Weber State University.  She worked in the Latent Fingerprint Unit with the SLCPD for a year and a half  before deciding to leave the unit and go back to doing Crime Scene work full-time.